The turn of the new year brought a new theme to the hiker oasis at PCT mile 145.4. Now, instead of Thoreau, the spotlight is on John Muir, celebrating the 150th anniversary of his arrival in California. 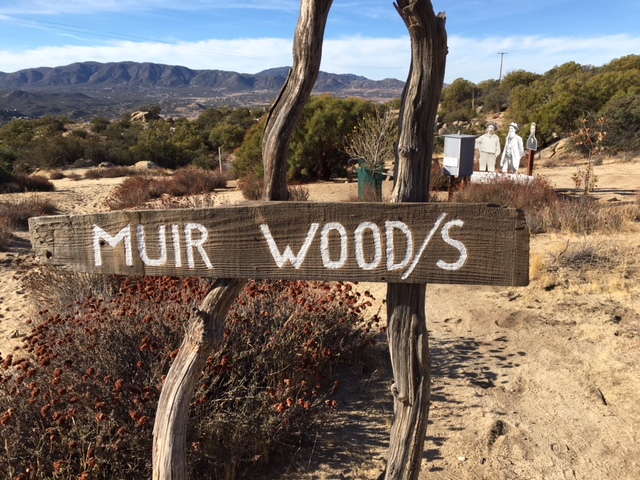 self-printed copies of Muir’s masterpiece The Mountains of California have been added to the Little Free Library, and a new gentleman has appeared between Walt Whitman and Henry David Thoreau next to the library:

The quote below Muir’s likeness is the opening line from The Mountains of California: “Go where you may within the bounds of California, mountains are ever in sight, charming and glorifying every landscape.”