A few of us hiked down to Tule Spring to do a closer inspection of the spring, after a thru hiker season with no functioning water source.

Despite pretty thorough investigation, we could not find the spring box anywhere. Some people had hypothesized that the spring was actually dry, but there is evidence that there is still plenty of water bubbling up from underground. We were able to locate several places where seeps were sending up a gallon+ per minute. 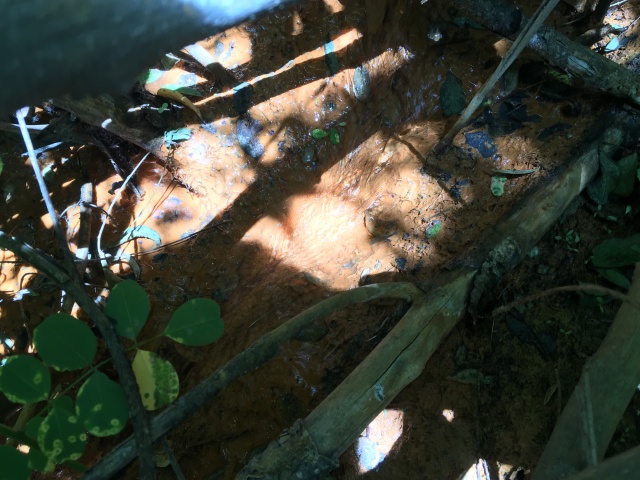 It’s hard to make out in this picture, but there is a small flow visible in the center that I estimated to be approximately two gallons per minute. There were a few other seeps in the surrounding 100 sq ft.

We confirmed that the fire tank is still empty, so the system hasn’t fixed itself. CA State Park does not seem interested in fixing it, which is a shame, since this is the only natural, reliable water source in the 38 miles between Lost Valley Spring @PCT mile 120 and Live Oak Spring @PCT mile 158. Obviously, several well-based water sources, including caches, provide water in this interval, including the (we had hoped) temporary cache where the PCT crosses Tule Spring Truck Trail.