I had a week+ of free time on my hands and a good weather forecast for SoCal, so I decided to do some horse camping down south and ride as much of the PCT as time and snow conditions allowed.

Gracie and I spent our first several days doing day rides out of Campo CLEEF, an equestrian facility within “spittin’ distance” (as my grandmother would say) of the southern terminus. Of course, there was the obligatory picture at the monument.

Trump’s new border wall is visible in the background. (This section of wall used to be a solid 12-foot concrete barrier.) There is a Border Patrol station in Campo, so this section sees a lot of Border Patrol traffic along the road bordering the wall.

From a distance, the wall totally changes vistas. Because it is not solid, you can sometimes sees odd light patterns that it creates. 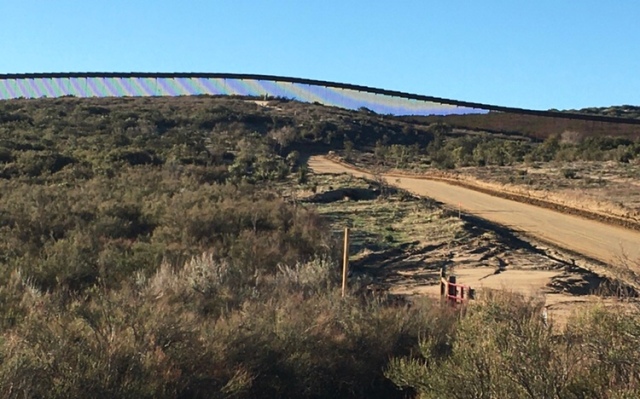 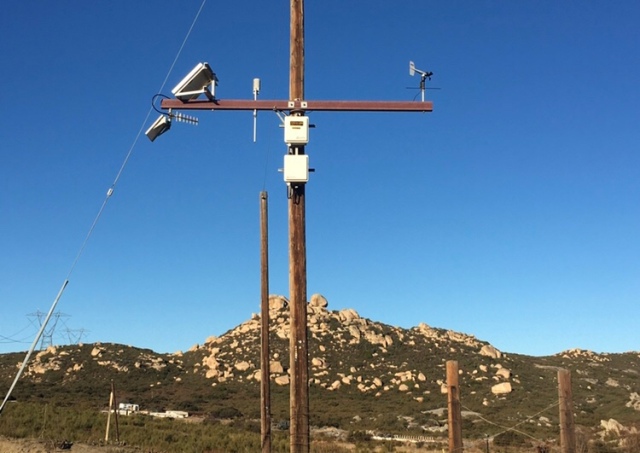 Anyway, off we went on our first foray from the southern terminus. Here’s the obligatory picture of the first milepost.

A few miles in, we passed another sign signifying the distance in each direction. I couldn’t help sending friends a bunch of texts that we were going for broke, and there was only 2,647 miles to go.

We did the first ten miles as an out and back, then moved to Boulder Oaks as our base camp for the next 30 miles.

The only federally-designated wilderness in this section is Hauser Wilderness. The PCT goes through a tiny corner of it.

Looking back at it from the south side of Hauser Canyon, the beautiful view is marred by two giant power lines that run along the wilderness area’s southern boundary.

Part of this route is (still) used by undocumented immigrants, as shown by the sign and water cache. 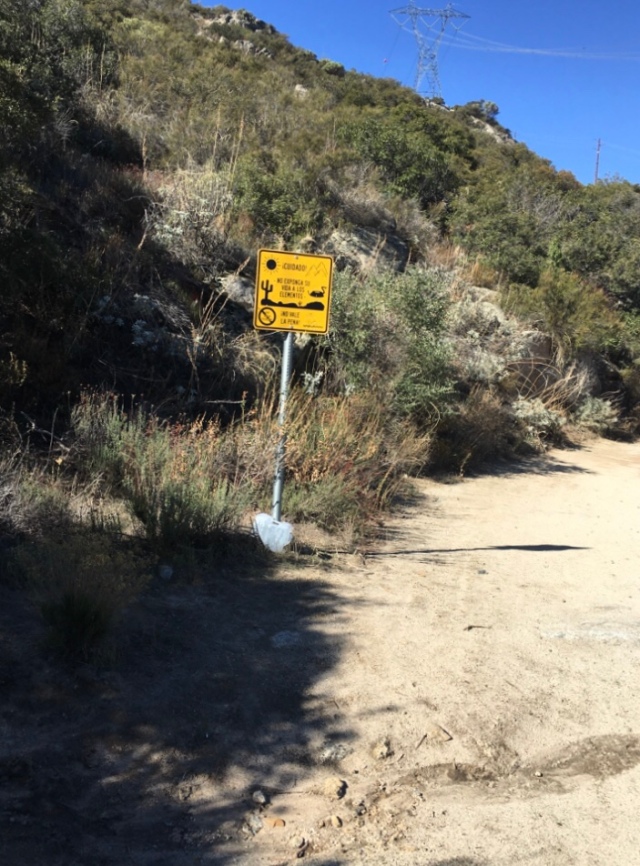 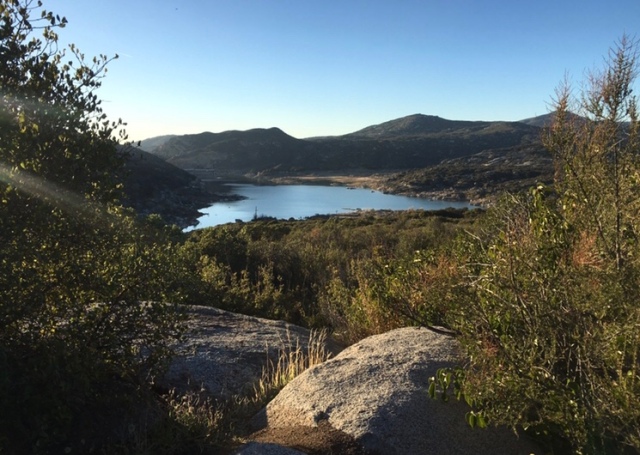 and up to the Lagunas. Snow lingering on the trail from a storm last week kept us from continuing on.